Sharmi on the Trot

It’s been a few months since I’ve written a blog post. Though I’ve been active on Instagram (@sharmi86) and have been posting pictures from my recent trips on my Facebook page (SharmiOnTheTrot), I guess I’ve been feeling lethargic to pen down a post. I honestly don’t know why though because I write for a living.

But, with the new year I’ve decided to stop the laziness. In just a short span of time, not only have I become more active I’ve also started to eat healthy and on the whole become more positive about things. It’s important, I think, to wake up in the morning feeling happy.

A friend recently said something which completely made sense to my wandering mind. He missed a flight and had to shell out a huge amount of money to book a new one that very day. “The time is now. I want to do it now. So what I  missed a flight. What will I do with all that money saved up?” So true. I was really lucky to have been able to travel almost every month last year despite my full-time job. And every time I thought I would write about something, I kept putting it off. Tomorrow would become day-after, then day-day-after. You get the drift. But, not any longer.

So, not only do I promise to be more active on social media with a host of new recipes, travelogues, photographs and anecdotes, I’m planning to bring in some changes to the existing blog format. Suggestions are welcome dear people. It’s high time I stop being so technologically challenged and instead, start embracing social media! 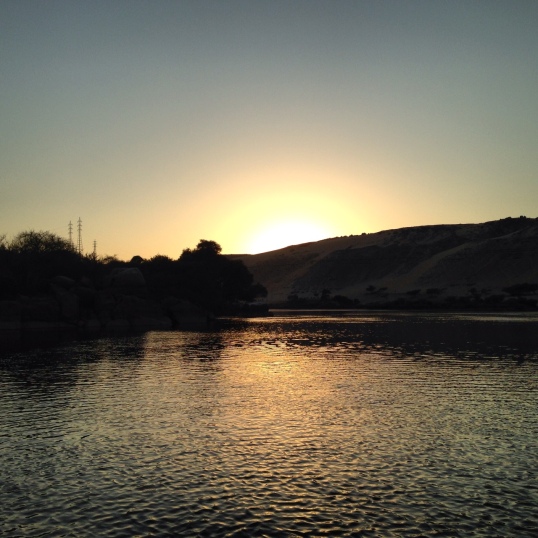 One of the most beautiful sunsets I’ve seen. It was taken in Egypt last December. I have recently posted it on Instagram